on November 03, 2012
This is happening to many customers and it seems to be happening on several new models of servers typically most heard on IBM System x M4 series of servers and some Dell ones as well.

Did some internet searching however none gave much resolution but refer to resolution for white boxes.

These servers must be also be listed in VMware supported list of hardware here.

Below are the two common problems identified:

"Loading /imgpayld.tgz
Relocating the modules and starting the kernel..." 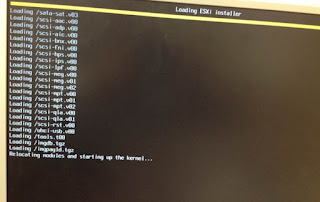 Resolution:
Make sure all firmware including BIOS is updated.  In this scenario, BIOS firmware was updated and installation was successful.  Seems like this was due to the UEFI used on IBM servers need to be updated.  Do find out from your respective vendor on the latest supported firmware.

"Loading /imgpayld.tgz
Multiboot could not setup the video subsystem.
Relocating the modules and starting the kernel..." 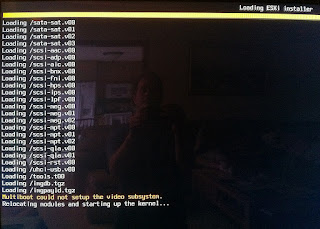 Resolution:
This is a strange error apparently, to solve this issue you would need to change the monitor/console display to one that support 1024 x 768 and your problem should be resolved.  It seems that ESXi 5.x require to output to at minimum resolution to install.  And I thought it was just plain text display.


Both problems were shared by our customers.  We learn this everyday however we need to share the experience to keep the communities growing.


Update 3 Nov 2012:
Mentioned Dell servers was instead some Dell Desktop which are not on HCL.  My apologies on this not stating this clearly.
error esxi 5 esxi 5.x ibm installing loading /imgpayld.tgz mutiboot could not setup the video subsystem relocating the modules and starting the kernel vsphere 5 vsphere 5.x

So far what are the Dell models facing problem 1?

Wee Kiong Tan said…
Hi Alex
My apology a further search it was referring to some Dell Desktop rather. I have made an update to this post.

Thanks for the update.

I have 2 identical systems built, one systems has the error and the other does not. The problem was that I was using two different branded HDMI cables, once i swapped the HDMI cable from the working one to the non working one for a test, the error went away. For me i need to get a new HDMI cable. Hope thi helps someone.

Anonymous said…
Thanks Jamin123 - I had the video subsystem error and saw your reply. In my case I was using a DVI to VGA adapter. Once I switched to a real DVI cable, the problem went away. 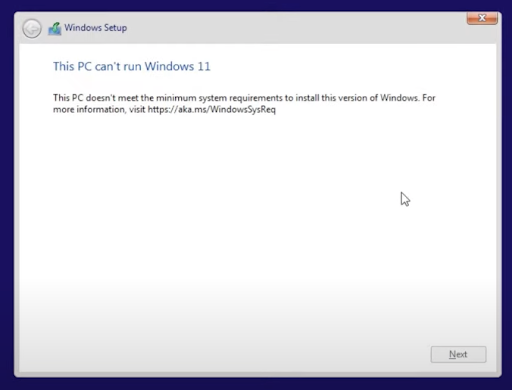 You may encounter this screen when trying to install Official Release Windows 11 on VMware workstation or VMware Fusion. This message:  "The PC doesn't meet the minimum system requirements to install this version of Windows." If you head over to the system requirements for Windows 11, you will notice on significant item that caught my eye. It needs TPM. Lucky for VMware Workstation and Fusion, both has the ability to add a virtual TPM. But before you can add that you need to turn on Encryption and set a password for that. After that, Add Device... and choose Trusted Platform Module . Once that is done your can just power up and install away.

A great day 1 for VMworld 2021. If you have not manage to listen and attend to all the sessions, there were several project been announced. Here are a summary for those who missed it. A quick summary of some of the topics can be found here . Project Cascade (Tech Preview) A unified kubernetes interface across VMware Cloud for IaaS (infra) and CaaS (container). This in turn provide open CLI, API and GUI. This address the problem that developers have to learn a different interface for every cloud running kubenetes. With Project Cascade, developer only need to know one and run in any Cloud. With initial milestone for VM service on VMware Cloud. The good thing is this is build on open foundation. Read more about it here . Project Arctic (Tech Preview) This allows vSphere to have cloud connectivity giving it Cloud-aware. This is extremely useful for customer who are still running on prem workloads and leveraging the cloud for use case such as DR. This allows customers to consume VMware Clou

Experience as a VMware vExpert and How It Is Different?

The vExpert 2022 application going to start on 6th Dec 2021. This is the first round of the application cycle for vExpert 2022. Before you head over to apply, you might want to read my experience when I first applied to have the application complete. If you need some help, reach out to your nearest vExpert Pro . They will be more willing to assist and advise you accordingly. Now let's go into how been a vExpert makes a difference. I have been a vExpert over the last 10 years. It was not easy and doesn't just come by just because I am a VMware employee. So don't get the wrong idea, VMware employee needs to also apply and meet the requirements. There are people who have applied and rejected as they do not meet the requirements. There is no such benefit as a VMware employee. This program treats everyone all equal. I applied for vExpert the year I joined VMware. However, the work I have done was the years before I joined VMware. I started jotting my technical experience as a r